Crawling through tight spaces in complete darkness isn’t for the faint of heart, yet Canmore Cave Tours’ team of guides know just how to put people’s fears to rest.

“Our guides encourage people through something that’s fairly easy and, by the end of the day, people are squeezing through stuff that’s body tight,” said owner Adam Walker. “We encourage them to push their own personal boundaries. It’s not as scary as most people think.”

Walker has been operating Canmore Cave Tours since he took over the company in 2013, after working there as a guide for six years.

He arrived with a degree in outdoor pursuits through the University of Calgary and a master’s degree in cave geosciences in Mississippi, as well as having had experience working in caves through youth camp in Virginia. 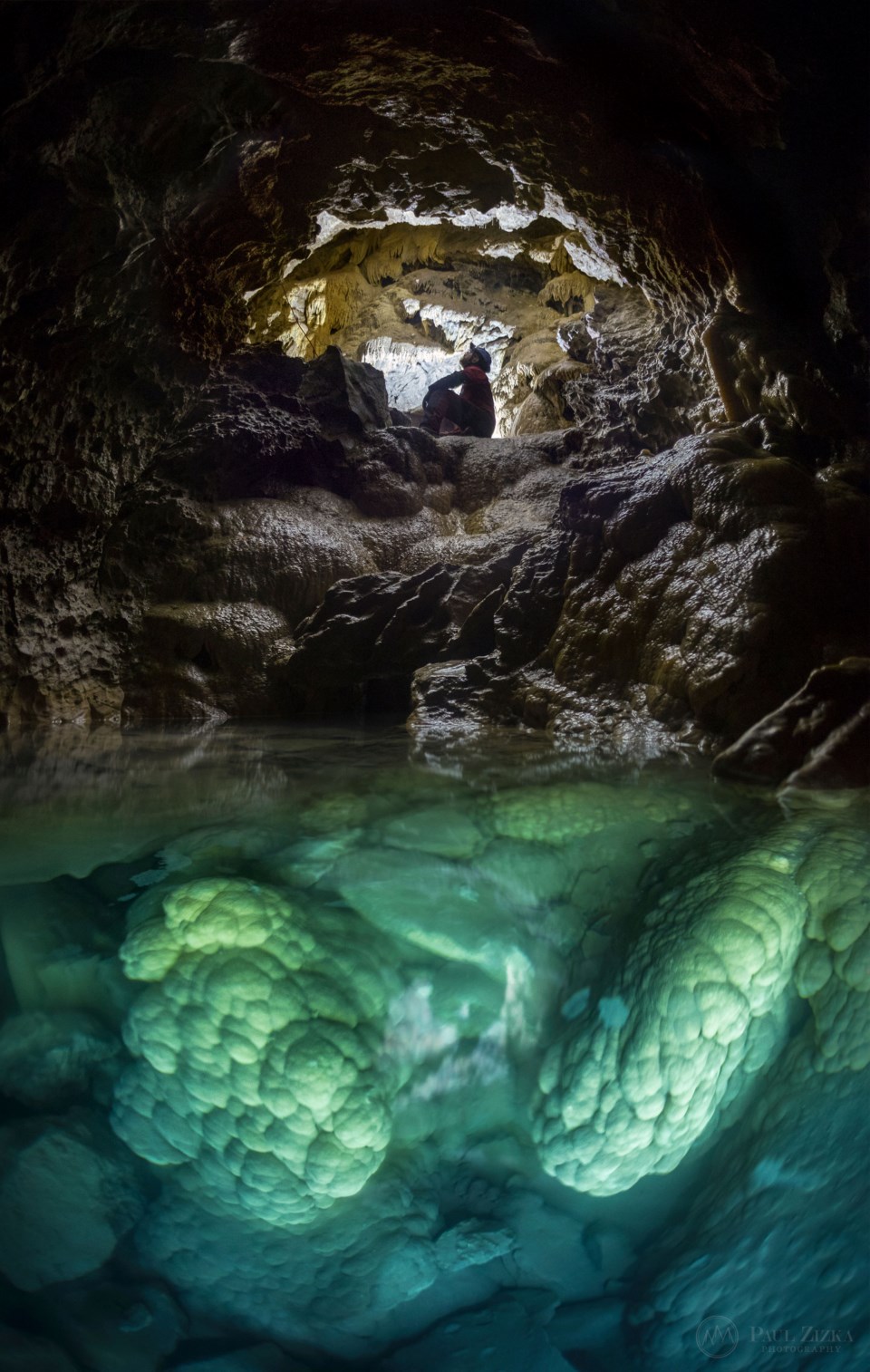 When Walker completed his master’s degree, he returned to Alberta and promptly moved to Canmore where he landed a job as a dog sledding guide. The following summer, he joined Charles (Chas) and Pam Yonge’s Canmore Cave Tours team.

“I became good friends with the owners and recognized the potential in the business,” he said. “When they were ready to retire, I was in a position to take it over. I had a lot of passion and interest in the business because I saw the impact it had on our guests – the adventure perspective and how powerful that experience was - and I wanted to keep going with that.”

In recent years, as many as 5,000 people tour through the depths of the cave, following a 30 to 40 minute hike up to the mouth. 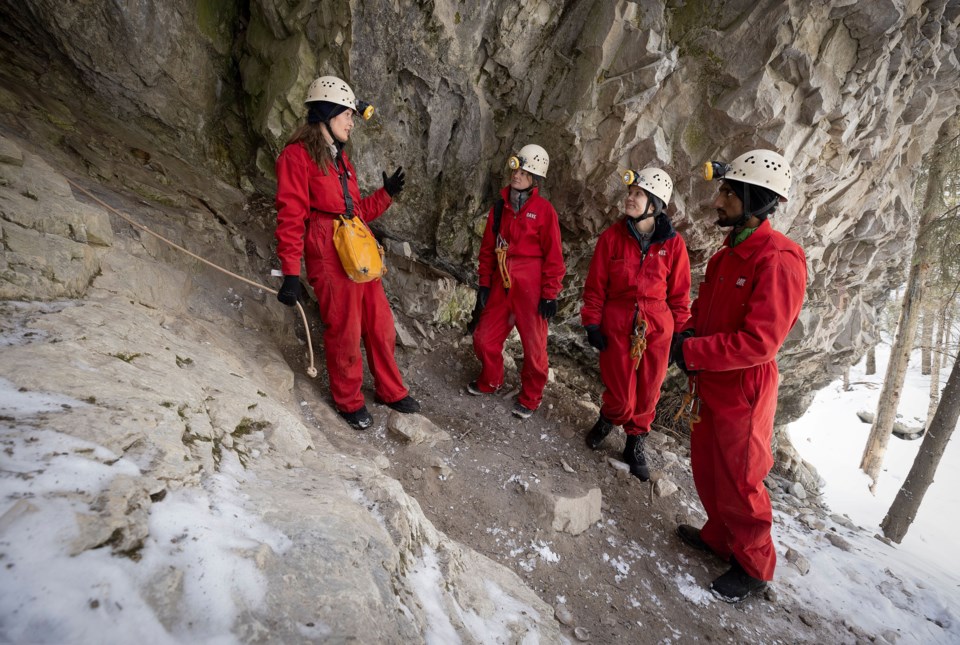 The guides and their explorer spend two and a half to four hours walking, crouching, climbing and crawling their way along slippery and uneven surfaces and narrow channels as they navigate through the abundance of rooms while marveling at stalactites, stalagmites, pictographs and a bone pile containing the remains of more than 30 species of animals that either fell into the pit, were washed into it during floods or were eaten by cave dwellers.

Walker said participants make their way with the help of headlamps.

“There’s two types of cave tours: the show cave which is pathways, walkways and lights, which are very common in the United States, and the wild cave tour where the cave is in its natural state,” he said. “The only changes we made is the addition of some safety ropes. We dress people up in helmets, coveralls and harnesses and they spend two and a half to four hours crawling around and exploring and getting dirty.”

While evidence reveals human presence in the cave dating as far back as 3,000 years, no one had entered its depths for decades until 1972 when the passage was discovered behind an abundance of nests made by bushy-tailed woodrats – a native rodent species. 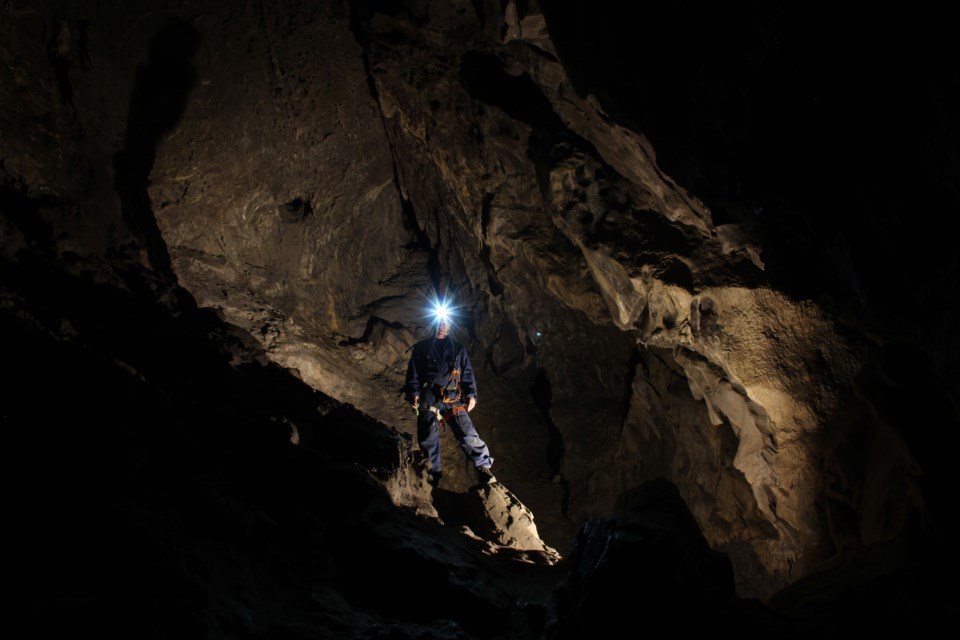 Fifteen years later, the cave, which is located on private property, was designated a Provincial Historic Resource and access to it is controlled by Canmore Cave Tours.

“If the cave didn’t have access control, the formations would be destroyed and the walls spray painted,” Walker said.

Now, people are appreciating the caves with the help of experienced guides, with some tours challenging people to rappel down six stories of limestone.

“A lot of it is vertical – we’re climbing up and climbing down,” said Walker. “It’s constantly changing, we’re doing lots of different things and throwing them into unique situations.”

Walker said Canmore Cave Tours offers more than just a site-seeing tour and physical adventure, the guides take time to discuss a range of topics including geography and geology, how the cave was formed, the cave’s history, its inhabitants and climate change.

“We want the guides to speak to what they’re passionate about, but also connect with the visitors,” Walker said. “We talk about a lot of topics and what visitors bring to the table as well. It’s not a speech, it’s a conversation.”

Canmore Cave Tours operates every day of the year, with a small break at Christmas time, with as many as five tours a day.