We sit down with the co-director of Fly The Roof

Ryan Wilkes is a badass.

Besides having a PhD in biomedical engineering, his recent film, Fly the Roof, which he co-directed and was the videographer, won a People’s Choice Award at the Vancouver International Mountain Film Festival.

His deep appreciation for nature has taken him to the remote fjords in Norway to swimming with humpback whales in Tonga and beyond. However, he documents these adventures as a tool to invite and “invoke curiosity” from his viewers.

Not only is he a champion for the natural world, but he is also an “advocate for diversity, inclusion and representation in the outdoors and believes that nature should be accessible to everyone, and that all people should feel welcome in the outdoors, regardless of creed, culture, or colour.”

We had the honour of chatting with Wilkes about his latest film, Fly the Roof. Here is what we learned. 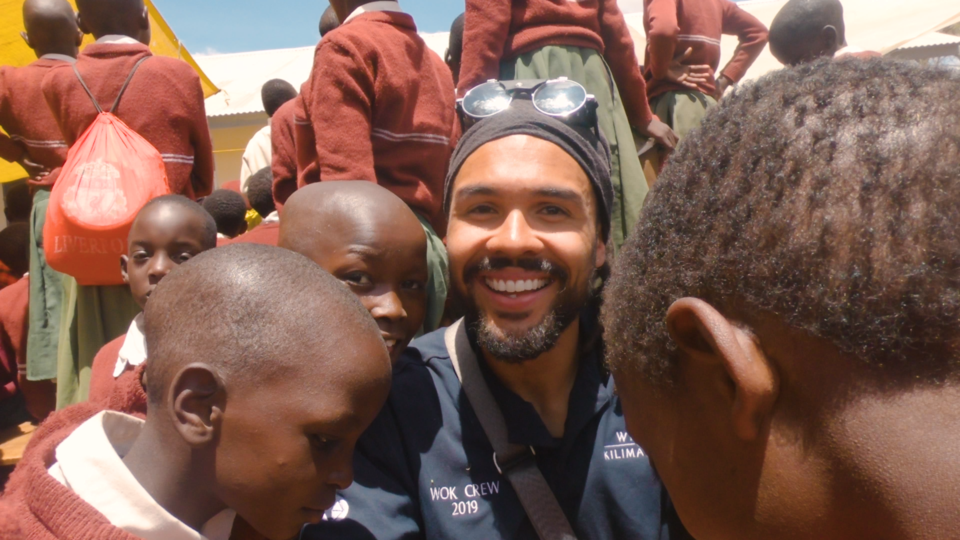 By Fly The Roof still

51° North: Why did you move to New Zealand and when did you first pick up a camera?

Ryan Wilkes: In 2015, I knew I needed a big change in my life. I was working as a corrosion engineer in the oil and gas industry and although I worked for a great company, with a fantastic boss and coworkers, something just felt off to me. I knew I needed to distance myself from Calgary to get away from all of the influences that I had grown up with so I began searching for PhD opportunities around the world. The search culminated in my arrival in Christchurch, New Zealand, where I began researching magnesium alloys for biodegradable orthopedic implants at the University of Canterbury. Although I was born and raised just a stone's-throw from the Rockies, I rarely ventured into the mountains while living in Calgary. A flip was switched after moving to New Zealand and I became an avid adventurer, spending every spare moment I had exploring the South Island of New Zealand. I wanted to share my experiences with my family and friends back home, so I began making YouTube videos about my travels with my GoPro in early 2016. 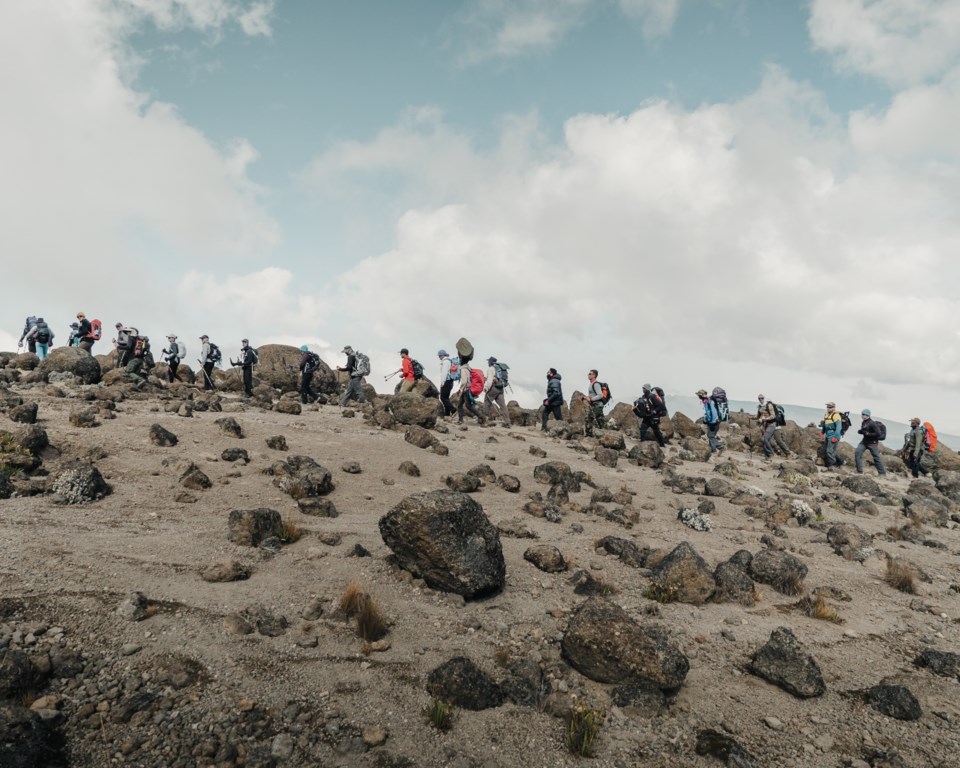 51: The connection between the team is really special. How much of this synergy do you attribute to the success of the film, even when filming the darkest moments?

RW: The genesis of the Fly The Roof project happened on a gorgeous weekend in Aoraki/Mount Cook National Park. Myself and Harry were invited to a birthday party in one of New Zealand's most beautiful backcountry huts. It just so happened that the birthday boy, who neither of us knew at the time, would become the catalyst for our journey to the summit of the world's tallest freestanding mountain. The connection that the four of us made that weekend was special. We were all ready for the adventure of a lifetime that would push us to our limits. After a few months of getting the wheels turning, we had all committed to attempting to paraglide from the summit of Mount Kilimanjaro, and raise $25,000 USD for a Maasai community in Tanzania's Simanjiro region. I have never developed trust in a group of people so quickly. This is partially due to the urgency of the task before us. We had about 8 months to raise $25,000 USD (close to $40,000 NZD) while juggling university, full time jobs, and training. More importantly, however, there was an intangible synergy between the four of us, and a drive to complete what we had started no matter the sacrifice. The relationships we developed with each other during the early stages of the project set us up for success on the mountain. The most difficult part of the journey was arguably the fundraising, so the relief and sense of accomplishment we had after reaching our goal really took the pressure off of the expedition. Climbing the mountain was secondary to connecting our community in New Zealand to the Maasai in Simanjiro, and providing this Tanzanian community with resources to thrive in an ever-changing world. We had developed a strong bond before stepping on to the mountain, so we knew we could face any challenges that would come our way on our trek.

51: The structure of Wings of Kilimanjaro WoK is super cool. Do you think more sought after areas/objectives should incorporate this model into their current access models, whether the beneficiaries are conservation systems or people?

RW: Wings of Kilimanjaro (WoK) is the organization that we did our expedition with. Since 2012, the organization has raised well over $800,000 USD for the Maasai community that we were fundraising for. They have built and expanded a school, drilled many water wells, provided local farmers with educational programs and given small businesses access to financing. The model that WoK employed to combine adventure with philanthropy is one that I really believe should be implemented more in the adventure travel industry. The incredible places we are privileged to recreate in around the world give us so much, but how often do we give something tangible in return? If all of us pledged to leave the community and/or ecosystem in a better state than we found it in, imagine how much positive change could be created. I'll be the first to admit that it would be exhausting to do every expedition in this way. However, even if we all did a trip like this once throughout our lives I think the world would be a better place. 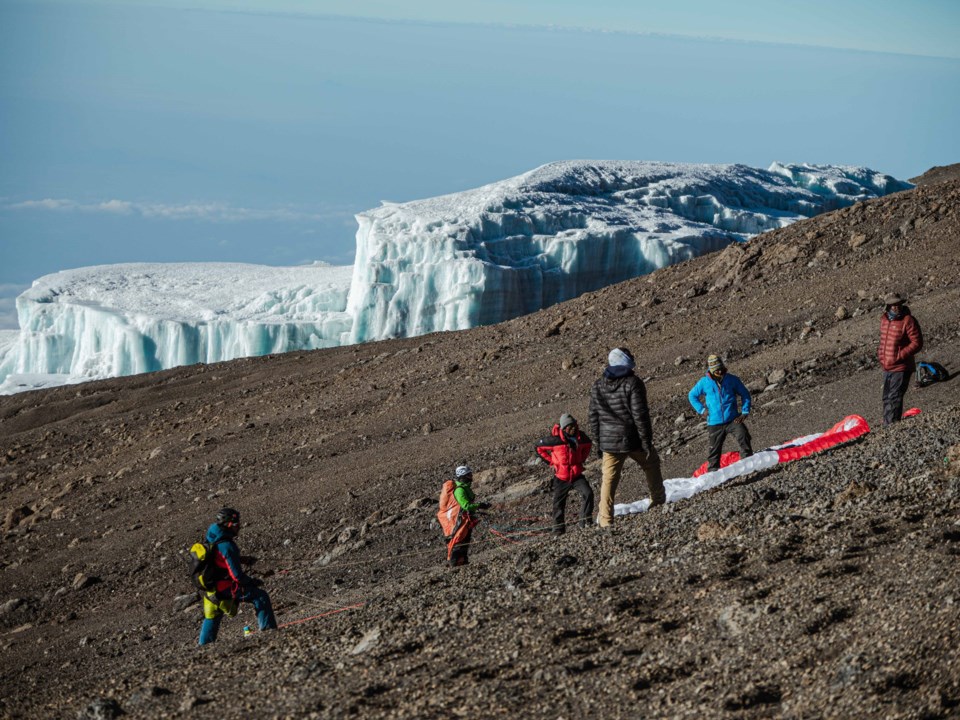 51: Have you gone paragliding again – and not to spoil the ending – but how does it feel to paraglide off of Kilimanjaro?

RW: I have not been paragliding since my flight from Uhuru Peak. I did have plans to explore the sport and possibly train to become a paraglider. However, the events that happened on the mountain have made me question whether or not the sport is for me. With that said, paragliding off of the summit of Kili was nothing short of ethereal. It is definitely the best way I have ever descended a mountain! Retracing the Machame Route that we had traversed over the previous six days from a bird's eye view was spectacular. My other three team members and the majority of the wider WoK crew did not get to experience the flight, so I am eternally grateful to my pilot, Chris Hunlow, for providing me with this once-in-a-lifetime experience. 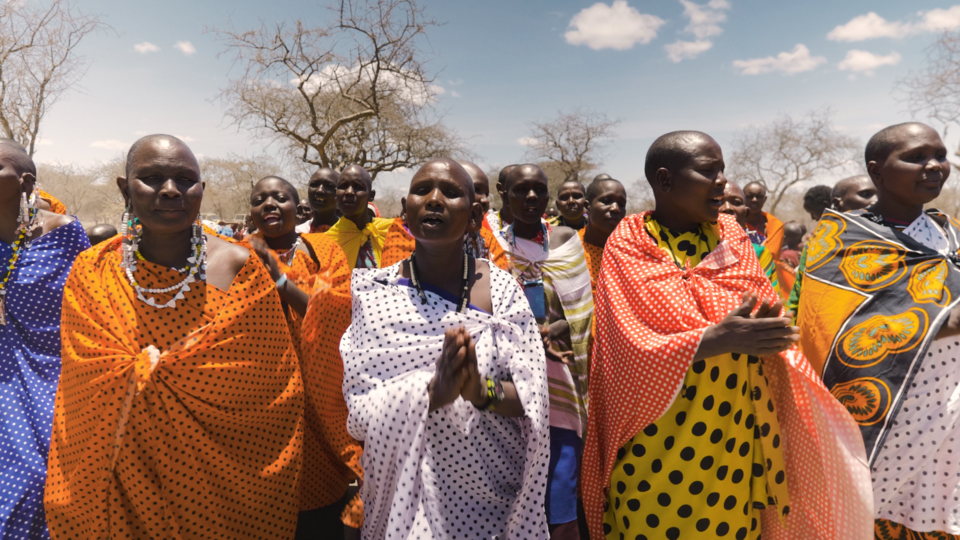 By Fly The Roof still

RW: Fly The Roof is available to stream through Vimeo on Demand here.

RW: I am currently working on two short documentaries that will be premiering in 2022. In the meantime, I am always looking for new stories to tell in Canada's adventure and conservation scenes. My goal is to become a world-class documentary storyteller and practice makes (almost) perfect!