Who is Evan Hau and why you should care

By now, most of the world who watched the Olympics knows what sport climbing is, or at the very least, have a vague idea.

Whether this is a good or bad thing for the sport remains to be unseen. Purists cringe while one of the men's announcers – who has limited knowledge about the sport – make remarks about parents encouraging their kids to climb trees because they might one day end up in the Olympics.

While there is hope there might be youngsters out there who watch the Olympics and get into climbing for the fun of it rather than the competition, a passion to climb for themselves, like what one of the best rock climbers in Canada Evan Hau does. 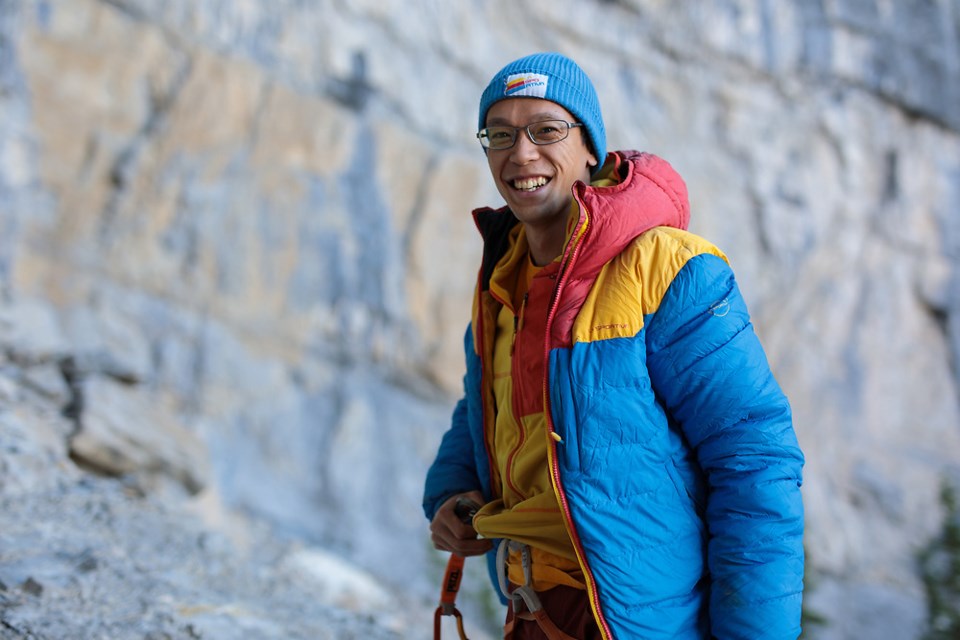 Evan Hau smiling while working Honour and Glory, 5.15a. By Tim Banfield

Hau’s story isn’t one of those, “found climbing and was an instant pro either.” His progression was gradual in the beginning and has always been fuelled by his love for the sport.

“I wasn't an immediate climbing prodigy, but after I moved to Calgary. I had a season in 2009 where I jumped from climbing 5.13a to 5.13d, which surpassed anything I ever thought I could do when I first started climbing.”

“I started climbing in 2004 when I went to Queen's University. In my first year, I signed up for several clubs, including climbing,” says Evan Hau. “I tried them all out and climbing was the one that I enjoyed the most. That's the one I stuck with and I've been climbing ever since.”

Humility, grace, creativity and determination are just a few of the very commonly used words to describe Hau by the people who climb with and around him. Hau is a thoughtful climber who is internally motivated and depends on skill rather than pure strength to climb these difficult routes. 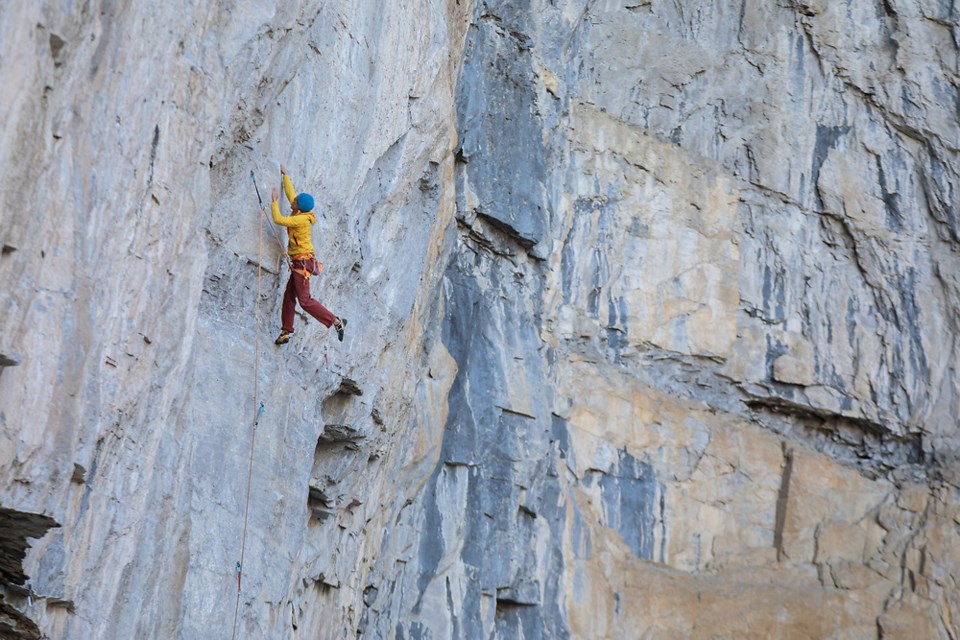 Evan Hau working Honour and Glory, 5.15a. By Tim Banfield

“I think the movement of climbing is really interesting and the dynamic problem-solving aspect of it,” says Hau.”Trying to figure out how to do things that I couldn't do previously. It's a neat process to see the improvement that can occur. “

Some of this problem solving mentality can be attributed to Hau’s engineering background. Although Hau isn't currently working as an engineer, he isn’t only climbing and has a “day job” that gives him the freedom to climb.

“I work as a private tutor for math and science,” says Hau. “It's somewhat flexible, the hours are typically evenings and weekends, and during the school year, so it leaves the summer free. I can usually climb during the daytime and then work in the evening. So it works pretty well to be able to climb and work.”

Hau is currently working on being the second person in the world to climb Canada’s hardest route Fight Club 5.15b in Banff. To give a little context, the hardest climb in the world so far is 15.5d.

Fight Club, a notorious 130 meters climb located at the Raven’s crag and contains delicate moves on a prow feature. The lower portion of the climb was bolted by Peter Arbic in the 1990s but was later extended to its current line by local pro climber Sonnie Trotter.

“It's going well,” says Hau. “I was recently able to do all the moves in one try, which is a long way from actually sending the climb, but an important milestone. It'll be a long journey if I can ever get to a point where I can think about redpointing (finishing the climb in one go with no falls), but it's going pretty well for now.”

Hau’s modest evaluation of where he is at while working Canada’s hardest route is reflection of his character and gives more of a reason why he should be celebrated. 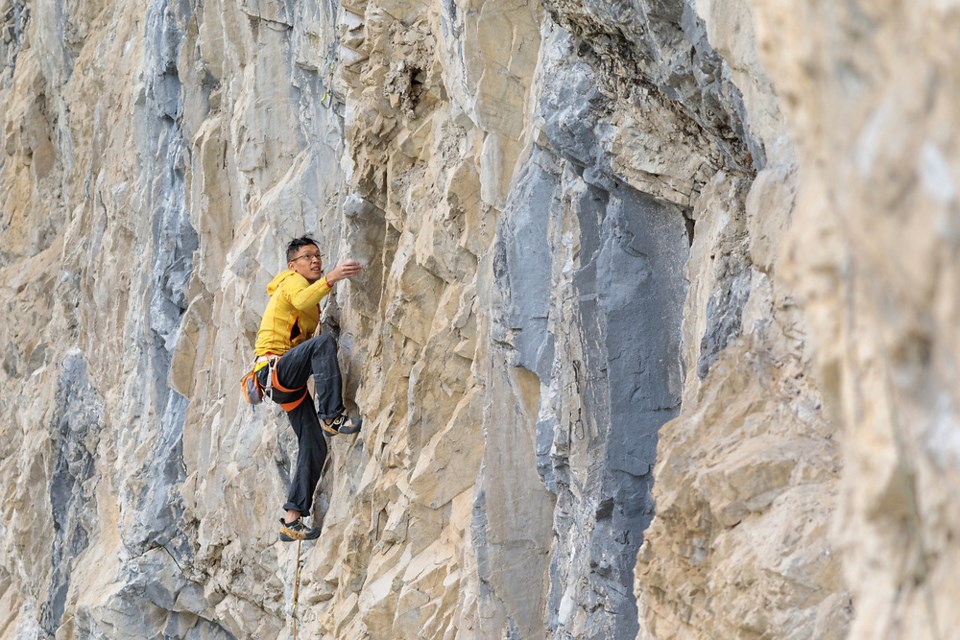 “I try to be a good ambassador for the sport,” says Hau who recently has publicly spoken about the ongoing concern with names of some routes in climbing, something that is not endemic to this area but to the whole world.“There are some issues with routes with unwelcoming names, and I've tried to help facilitate discussions,” says Hau.

A different matter that Hau has rallied around and encouraged  people to take action,  is the litter and man made debris that has been growing at climbing areas as the sport grows.

“Another thing that is important is cleaning up garbage at the crags,” says Hau. “As climbing becomes more popular, I've been trying to champion people to hike in their stuff and carry it out every day, instead of leaving it at the crag.”

Still, at the end of the day, Hau sees himself not as an advocate or a competitor, but as someone who simply loves climbing and is happy doing it. This sentiment of longevity is something most parents thrive for their children rather than a singular dream of a medal.