Cheyenne Ozînjâ θîhâ, whose work has been featured at Calgary’s TRUCK Contemporary Art and Galerie Cité in Edmonton, was born with steady hands and an aptitude for art. Since they were young, they have always been fascinated with their favourite medium - skin.

“I remember my uncle would ask me to draw a tattoo on him, with just a ballpoint pen. And over the years, he'd say ‘you should be a tattoo artist. That's going to be something that you'll love.’ But I didn't really consider it until my teens,” recalls Chey. 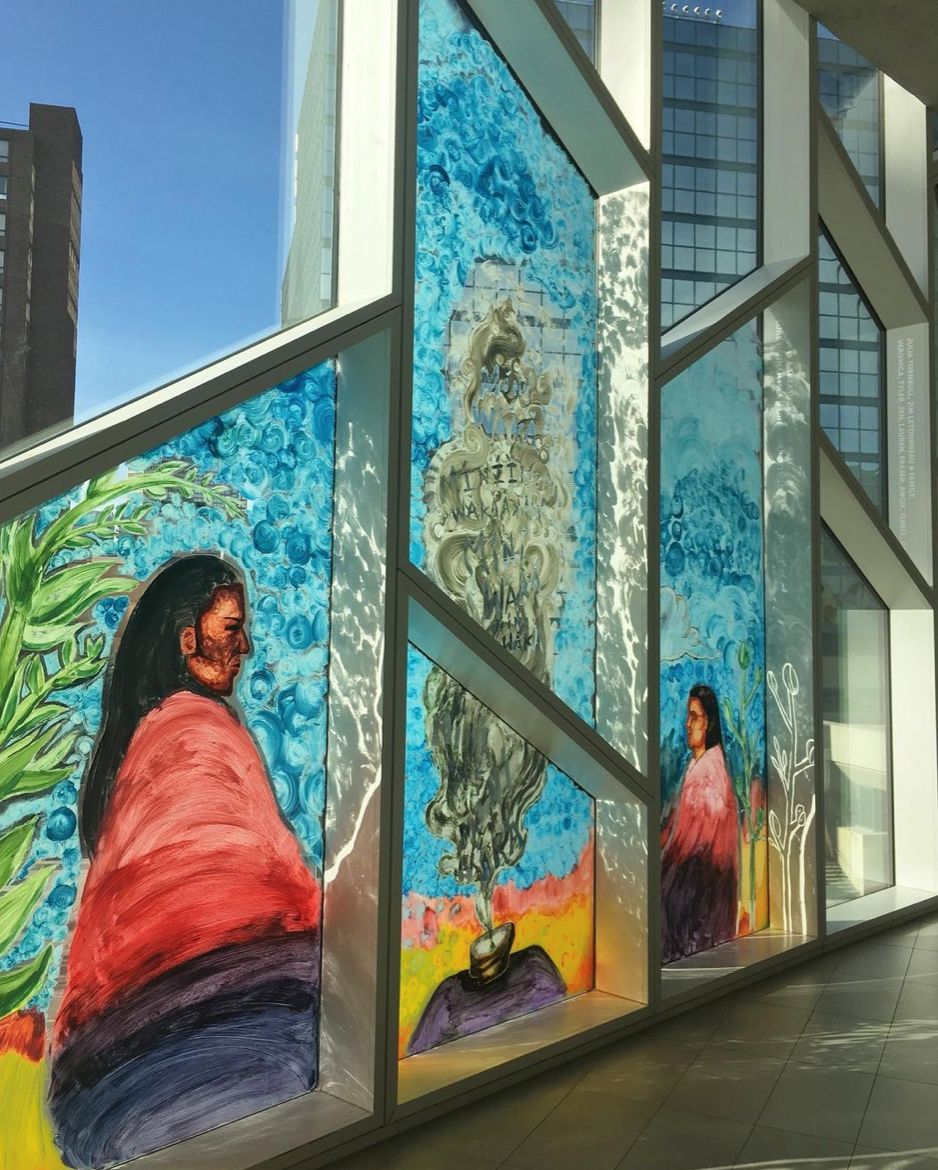 "Mothers of the Oral Medicine" acrylic mural by Cheyenne Ozînjâ θîhâ at the Calgary Central Library as part of  the exhibition "Mamanaw Pekiskwewina | Mother Tongues" curated by Missy LeBlanc and presented in partnership with TRUCK Contemporary Art and the Calgary Central Library. Image courtesy of TRUCK Contemporary Art Instagram
Tattooing has been a natural progression for the self-professed obsessive drawer. However, the realization came in the form of an opportunity to study with renowned tattoo artist, Dion Kaszas at the Earthline Tattoo Training Residency in Saskatchewan back in 2019.

“It was a challenge when I just started tattooing. The curvatures of the body are a little challenging, because the body moves a lot,” says Chey. “And when I put a stencil on one certain spot, it's not going to appear straight then I have to do it again. But now that it has been years, I have learned how to work with the body. When I do my tattoos, I just think of the skin as a canvas or a piece of paper that I would draw with. I put my passion into it, and it just comes to life. I do treat my tattooing and my artwork the same, but they're both two entirely different mediums. One is very permanent.”

“Cheyenne's confidence grew every day it seemed, and they were able to create some beautiful tattoos and artwork during their time at the residency,” Dion Kaszas tells us. “The change from her first tattoo was exceptional and her attention to getting the design just right was inspiring.” 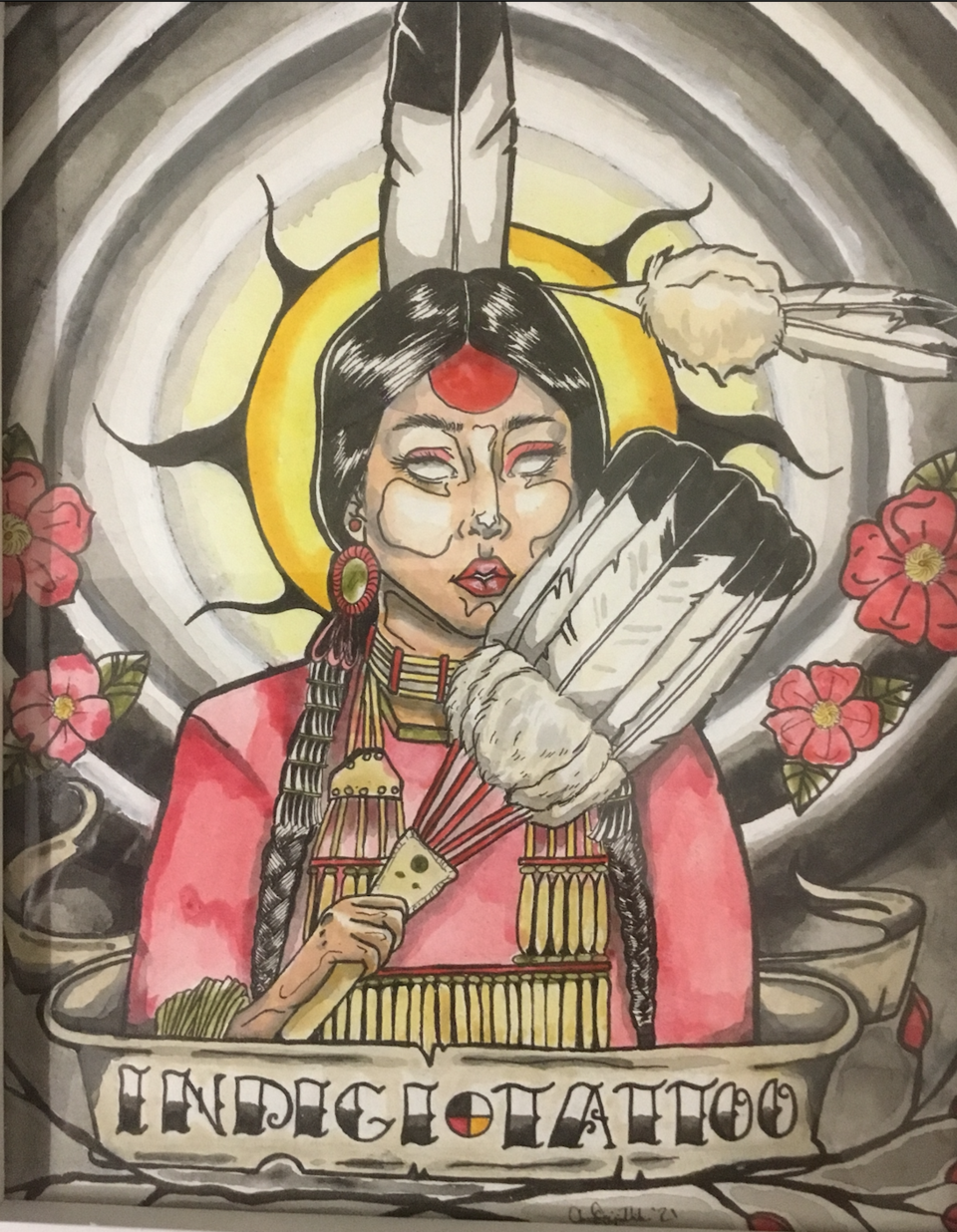 They learned more than just tattooing during her time at Earthline, but they began their journey into Indigenous tattooing. Chey, who is Bearspaw from the Stoney Nakoda Nation and a member of the Nakoda AV (Audio and Video) Club, a youth storytelling group that examines the history of Bow Valley Communities by using archival research from the Whyte Museum and Elders’ passed knowledge, resonated with the profound meanings and importance of these traditional markings. When they were at the residency, Chey was a sponge and soaked up as much knowledge as they could, something they were able to bring back to their communities to help revitalize and normalize traditional tattoos. 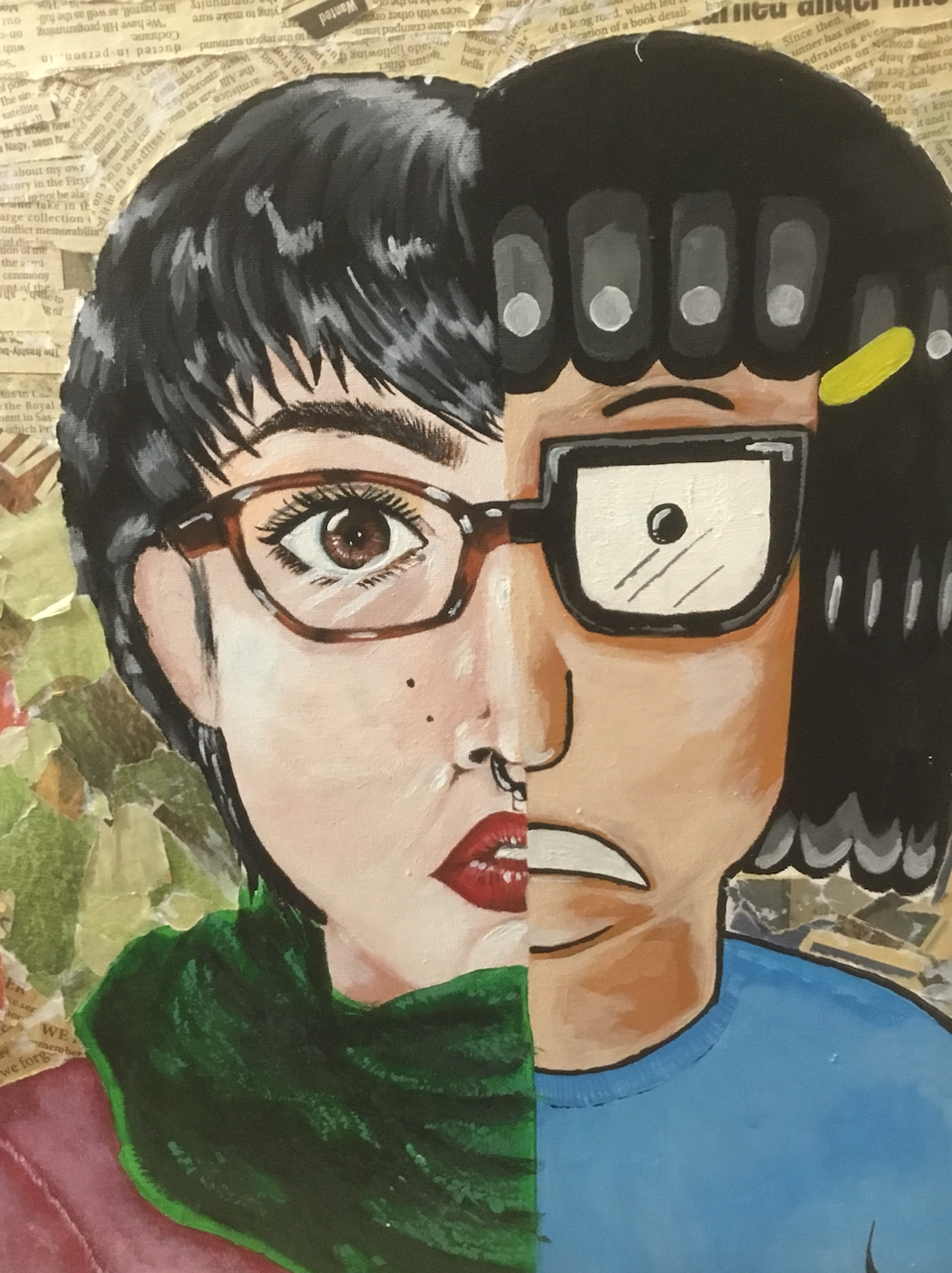 “I was a cultural host back in 2019, and I had a lot of tourists and I always ask questions about my tattoo - like all the time. Just the disclaimer that it is definitely really rude to ask a woman about her traditional markings or to ask a man about his traditional markings, because the tattoo has a very personal, very intimate meaning towards them. But I would always recommend the Lars Krutak book, Tattoo Traditions of the Native North America: Ancient and Contemporary Expression of Identity. For women who have traditional markings on them, they either do it for womanhood or for the number of children that they have or to represent their place in the tribe, like if she comes from a wealthy family or whatnot, or even marriage,” says Chey. “There are sacred markings too, I believe in the Sioux, they have it on their foreheads. Those are for medicine men and women. There are also tattoo medicines that tribes have used tattoos for medicines, such as arthritis, pains or migraines.”

Chey works most often with Handpoke. “It is a very slow process. Unlike a tattoo machine where that you can just zip right through and you're done. Poke is like a very slow but very therapeutic. It does require a lot of patience. I have had a couple of my clients fall asleep on the bed when I tattoo them, because it was that therapeutic.”

Chey has also had the honour of doing traditional tattoos for women when they returned home. 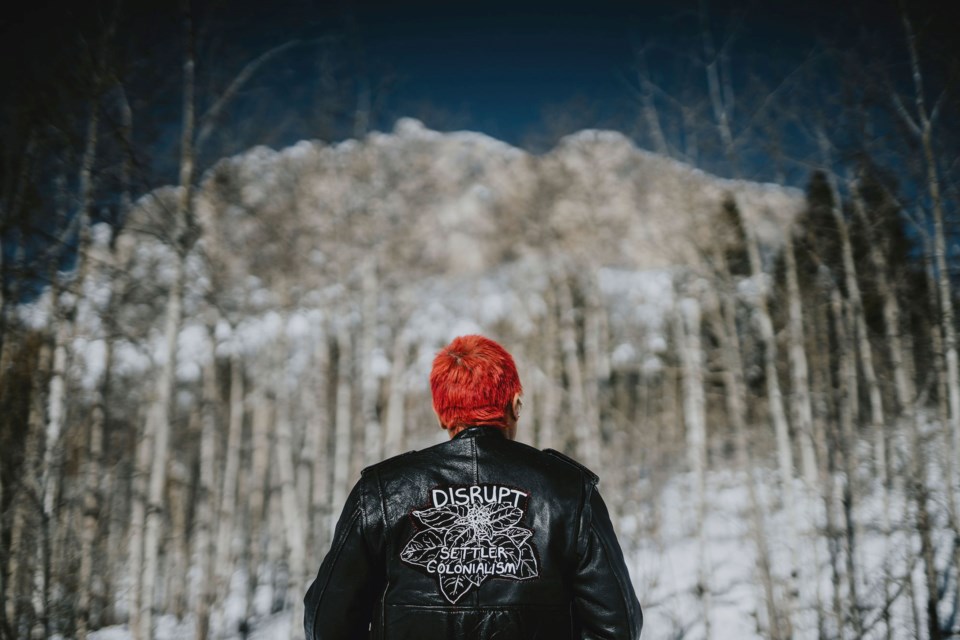 Cheyenne Ozînjâ θîhâ By Viktoria North .
“I can't share their story of why they got it. But I can say it was a very intimate moment for them because they wanted the traditional tattoo for a very long time. They said that they felt ready to have a true chin tattoo. They felt like it was me helping them have a whole new beginning and show resilience,” Chey tells us.

Currently, Chey is doing hand and poke tattoos for certain clients and commissioned tattoo design. Since the tattoo industry is especially hard to get into because of the unpaid apprenticeships, Chey has expanded their skill set to other mediums such as acrylic paintings, dot work, realism, traditional and neo-traditional style and cartoon work. 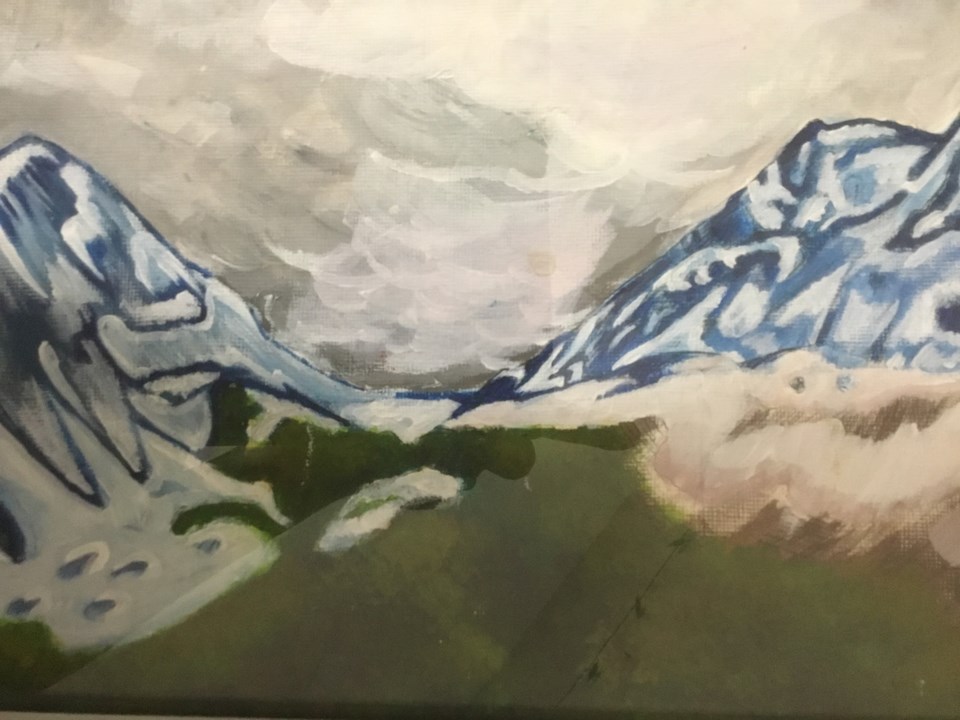 Last summer, Chey worked on the upcoming film Rockies Repeat, by “re-painting” watercolour scenes seen in the works by Catharine Robb Whyte and contemporaries to show the scale of climate and cultural change. Chey will continue to work on Rockies Repeat this summer and other various film projects, along with building a garden in their backyard.

To see more Chey’s work and to get in-touch with them for commissions, please visit www.instagram.com/indigi_tattoo/