The evolution of Kayla Eykelboom

Finding the rhythm of painting with a Bow Valley darling

Like many people who grew up in Canmore, Kayla Eykelboom's adolescence was enriched with the natural beauty of her surroundings. Eykelboom became enthralled with the natural world. At the same time, she was nurtured by a robust passion for painting.

“I had really great art teachers, in middle school and high school," said Eykelboom."They gave me an insane amount of freedom in class. I often was allowed to do whatever I wanted to. In Grade 12 I actually had no curriculum. I just brought in paintings at the end of the year.”

After high school, Eykelboom followed her natural side and pursued a career in science. 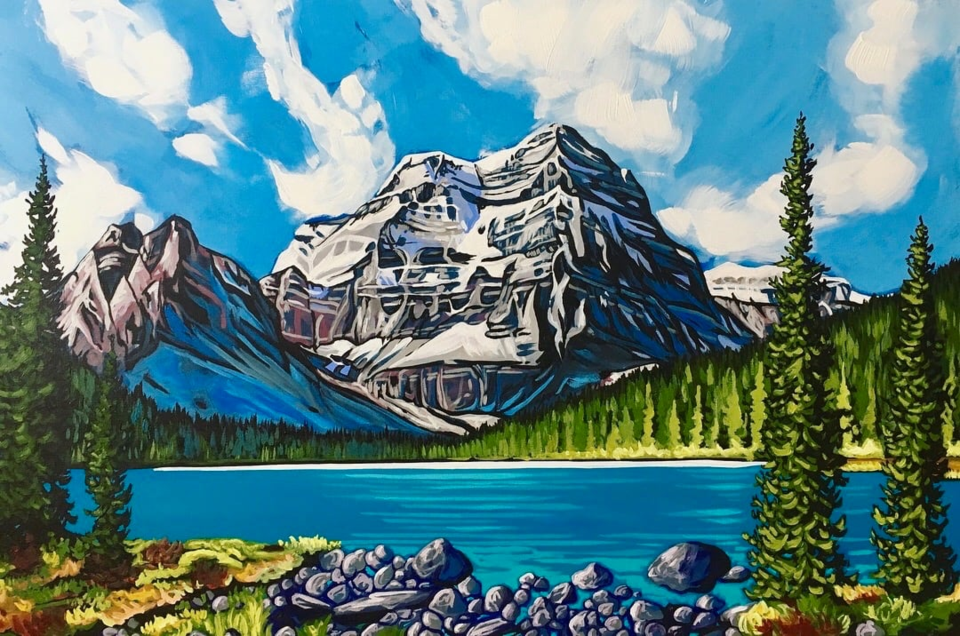 “I was really passionate about science and graduated with a Bachelor of Science in Biology, with Ecology Specialization," said Eykelboom. "Then I worked at Parks Canada for almost two years in fisheries doing different trout studies and species management. My colleagues and I were working in fisheries when whirling disease was discovered in Banff National Park and we became the first people in Canada to respond to it.”

It was “dream job” because she had already earned her “number” – a lifelong position with Parks Canada.

“When I was working for Parks, we many backcountry trips to some beautiful, remote locations,” said Eykelboom. “I have a lot photo reference materials from those days of doing field work in the backcountry. My very first exhibit was all based on glacier fed water that I had been researching." 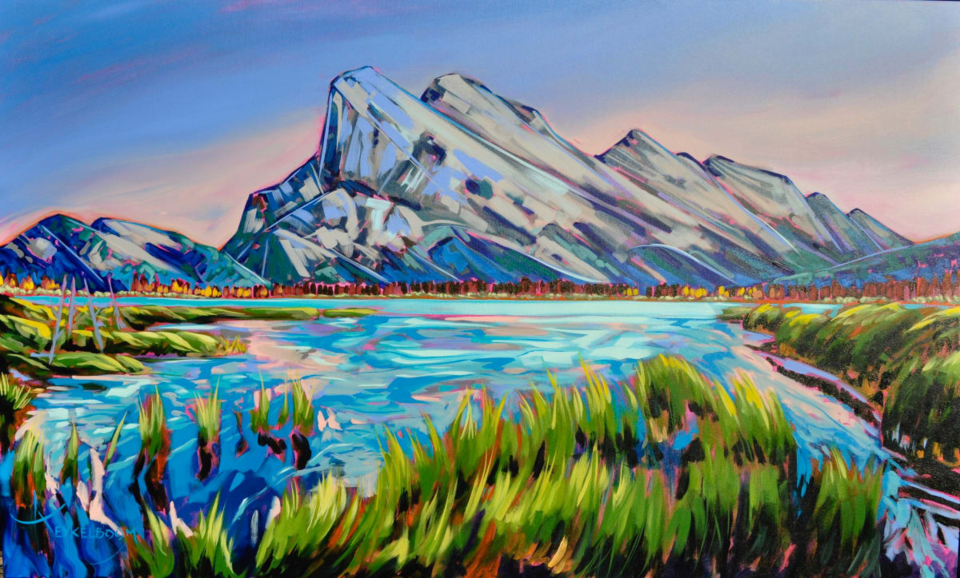 Eykelboom enjoyed her work with Parks Canada but a knee injury in 2017 made the field work physically hard and she eventually let it go.

“I wasn't able to really operate to my full potential physically. And that was not how I roll," said Eykelboom. “If I can't do something a hundred per cent, I'm not really happy doing it. I pulled back from that job. I got a lot of criticism from people –  ‘you're crazy leaving your job in Parks Canada. You have a number, etc’”

Eykelboom shrugged off the criticism and just painted, landing a debut exhibit only a few months after.

“I've been told so many times throughout my life that one way to get better at painting is to paint a lot. I have done that and now that I feel like I have my own style that has organically appeared– because I put in that time and painted so much.”

Eykelboom's style is beautiful and instantly identifiable. Her subject matter has evolved over the years and so has her physical strokes, but throughout her journey she has stayed true to herself.

“You can still see some elements from my work 10 years back, but it's just grown into something that is, I think – getting better and better all the time. I'm always trying to push it to grow my style," said Eykelboom. "I think every artist is always on that path of finding their style.” 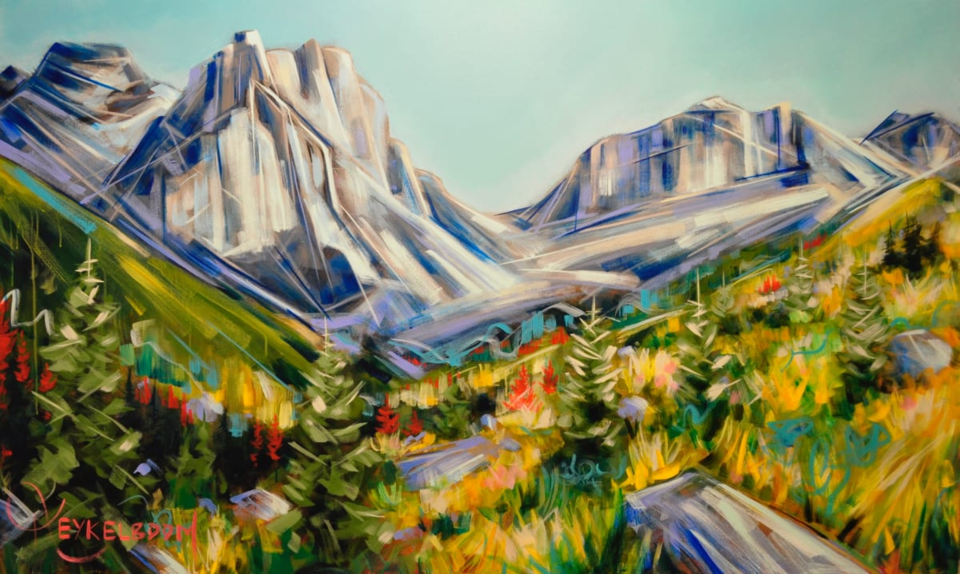 Since leaving her job with Parks Canada, Eykelboom has been in numberous shows and painted over 150 paintings. She currently participating in the group exhibit: "Art In Nature Trail"  an outdoor art installation along the Bow River Trail in Banff (on display until September 6th 2021) and is part of the Rockies Repeat project.  Her latest style evolution – her favourite to date, has come out of the pandemic, where she has loosened her strokes and found her groove, literally.

“If you look five years back into my archives, my work is very tight, controlled and detailed. There's not a lot of loose strokes or very expressive strokes. I'm having so much fun right now with my paintings," said Eykelboom. "I feel like it's been a slow crawl towards what my heart really wants to be putting on canvas. I've always painted very quickly. I paint to music. It’s often very expressive. Sometimes I’m dancing when I’m painting – it's a really enjoyable time for me. And it's also meditative.”

As for her time at Parks Canada, she will never regret it and it will always be a part of her work.

“Whatever I seem to be doing at any time in my life, informs a lot of what I paint,” said Eykelboom. “Science, nature and landscapes a consistent influence to my work. I think that my time working outdoors will inspire me for the rest of my life. That's the beautiful thing about your style is it's fluid and it changes with you and turns it into something that's unique – a true representation of yourself.”