The power of Maharani Mentality with KRAI

There are many themes in Punjabi-Canadian artist Kiran Rai interdisciplinary work that spans from murals to NFTs and architecture.

However, one theme is consistent – the reexamination of western frameworks.

“I think so much of our society and our preconceived beliefs on ‘what is architecture’ is embedded within Western society,” says Rai, also known as KRAI. “As someone who also has an eastern background, because I come from a Punjabi family, it's interesting to see what kind of aspects of architecture are colonialized cells and inherited that way.” 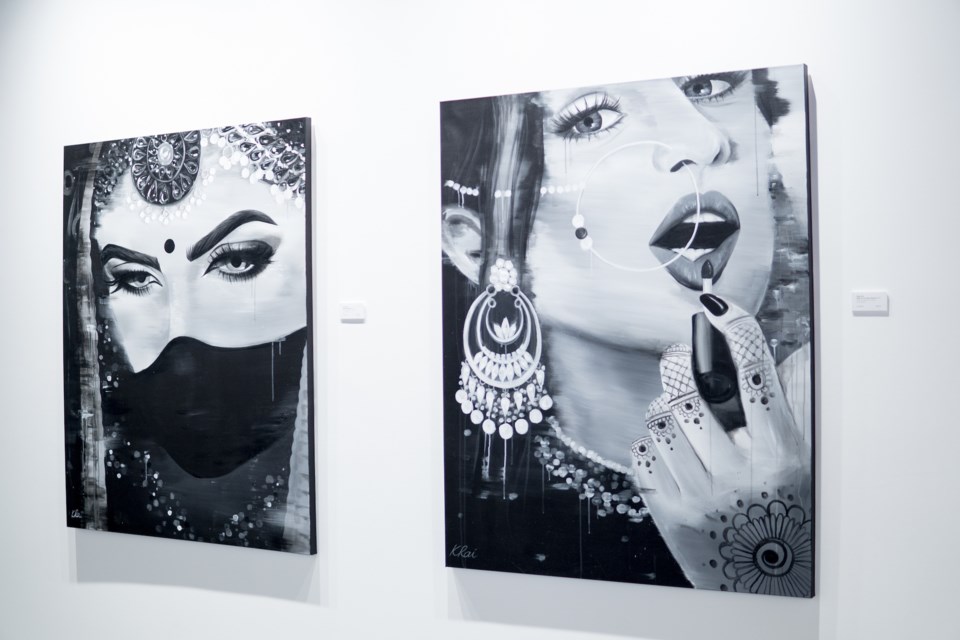 “I know that with architecture in general, there's such a shift now toward more minimalism and being devoid of ornamentation,” says KRAI. “For people who come from the east, we have a really rich history of ornamentation that can often get lost trying to please Western ideals. In India and in Punjab, the buildings are so ornate and they have these beautiful arches and paintings. I find that intricacy is really important to the culture.”

Much of KRAI’s art in her new show focuses on ornamentation and jewelry – especially with women.

“For me, it is a symbol of empowerment and beauty. I know sometimes it can be seen as vain or objectifying – there's a thin boundary there,” KRAI says. ''I'm trying to fight to embrace those kinds of things. Like some might see it as a sign of vanity or in an almost negative connotation, but I want to unpack that and embrace it in a different way. My show is really about empowerment, especially because the title of this show is called Maharani Mentality. Maharani means queen or divine being, and it's more about how you carry yourself as a queen.” 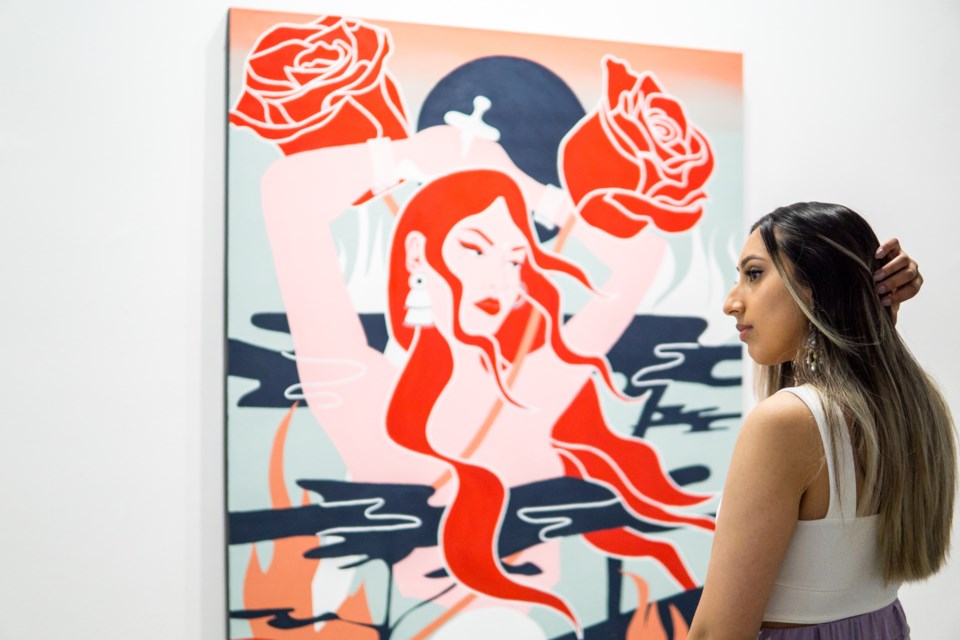 KRAI with her painting entitled Courage, part of the Virtual Conscience Collection . Photography by Alvin Pham

One of the largest pieces in the show is a mural entitled, Love for Humanity, is an homage to the Kissan farmers who since January have been protesting new restrictive laws that threaten their livelihoods and their ancestral homeland.

“This mural came about as an act of bringing activism into the gallery space. As an artist, I have always believed art is political,” says KRAI. “We should be discussing things like this in an institutional setting, and it's a way to stand in solidarity and also bring about more awareness of the issue.”

KRAI has always been passionate about public art and communication through her art. She has fused this concept with her murals and free symbolic posters that she illustrated and put online during the protest and to spread awareness. She also took it a step further by organizing an awareness fundraiser with her art printed on the back of hoodies. All of the profits donated to Khalsa Aid. 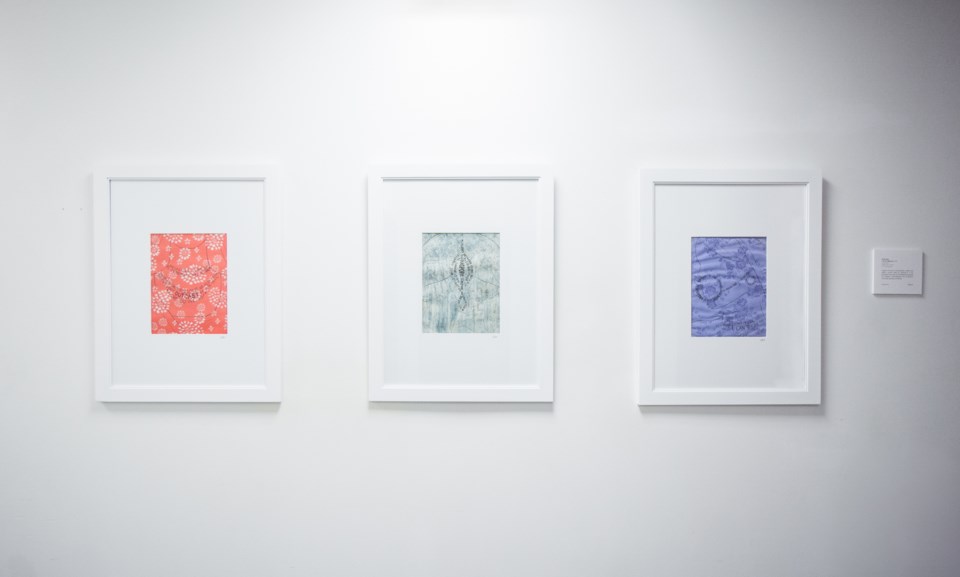 KRAI's "I am the Diaspora". Photography by Alvin Pham
“Women farmers have a very important role in farming because 80 per cent of the people that do the hard labour of picking vegetables and such on the farmland, it's actually women. So they're hit very hard by these kinds of tragedies while rarely owning the land that they farm. They also have their traditional roles of buying vegetables and cooking and cleaning and stuff like that. There's so many of ‘our grandmothers’ at the protests and they're very outspoken.”

KRAI has been inspired and moved by all the protesters’ dedication and magnanimity during the past six months.

"It's amazing to see everyone marching alongside each other and the community that has evolved at the protest sites. The Punjabi community in general has such an amazing kind of pride. In Sikhism, there's a practice you do called Sewa – meaning ‘selfless service to help others.’ It’s ingrained into our society. There's another thing called Langar, like a free community kitchen, which they do serve usually at temples, but at this protest site they are organizing a mass Langar where everyone is served food, completely for free and for anyone in the surrounding community.

"Sometimes they’re stationed near poorer communities and everyone's invited – they're taking care of everyone and that's amazing to see the resiliency and I think that's such a great ode to how they continue this protest. Both the men and the women together, that's really how it works – they couldn't do it without each other.”

Maharani Mentality is showing at The Hub Gallery at artsPLACE and is a part of the RISE Emerging Artist Program - artsplacecanmore.com