Having always had an eye for nature’s beauty, a former Canmorite has taken a unique approach to wearable art by combining photography with sustainability.

Hodgetts lived in Canmore in the 1990s where she was waitresse and bartender while doing conservation research on birds, often with her camera at the ready.

Her photographs are among those featured on InFocus’ collection of scarves, which are produced from 100 per cent recycled plastic water bottles with 10 per cent of sales going to various charities and foundations.

“When people hear they’re made from plastic bottles they’re like, ‘Whoa, wait,’” she said. “They’re super soft and machine washable. They don’t fade because of the sublimation process.” 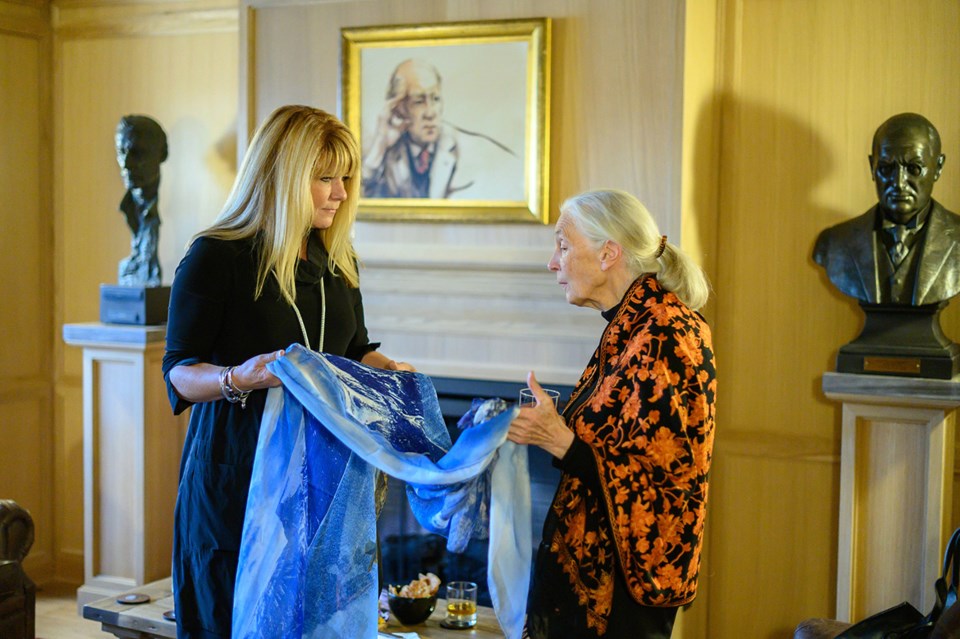 Hodgetts and Edwards asked each photographer to select a charity of their choice to donate 10 per cent of sales to. Those in the Athena Collection were asked to select environmental conservation charities.

“The foundation of our business is giving back,” said Hodgetts. “It’s so rewarding. We just did a big payout in June and just the feedback is a very moving part of what we do.”

Marriott’s image of glacially-fed Moraine Lake in Banff is almost sold out, with just 100 scarves produced with his print. The proceeds from his scarves go to Smithers’ Northern Lights Wildlife Society, which facilities the only rewilding program for orphaned grizzly bears in Canada.

Through The Ferns. By Clare Hodgetts

Marriott said he was contacted by InFocus in 2016 to be among artists in the B.C. Collection.

“It seemed like a good idea and something to get involved with,” he said. “I love anything that is centred around sustainability and looking toward the future of the planet. It’s something I often align myself with as a wildlife photographer.”

Marriott said InFocus fits well with his mandate as a wildlife conservation photographer.

“Rather than just getting pretty pictures I try to incorporate storytelling into my photography,” he said. “It allows it to be much more emotional, and ties in better to conservation efforts I’m doing and advocating for. Rather than seeing a nice picture of a bear, there is a whole story there like some of the dangers the animals face.”

From photos to scarves! On the left are the photographers' images that were made into scarves. The right shows a model wearing the scarves tied around her neck. These scarves make up the Athena Collection - a collection that celebrates an amazing group of renowned female photographers working in the realm of environmental conservation (Nikon Canada and USA ambassadors, a Pulitzer Prize winner, a National Geographic photographer, wildlife photographer of the year recipient, film makers, educators) - Ami Vitale, Michelle Valberg, Deanne Fitzmaurice, Kristi Odom, Melissa Groo, Viktoria Haack and Clare Hodgetts. By InFocus

In March 2020, Marriott spearheaded the environmental non-profit group Exposed Wildlife Conservancy to give apex predators like wolves, grizzly bears and cougars a voice, whether it be wildlife management or habitat protection.

“It’s lobbying things that we feel are being done incorrectly like hunting and trapping – overall conservation concerns with large predators,” he said. “We raise awareness and offer education about some of the injustices going on.”

An example Marriott gives is the ability for people to hunt wolves from Sept. 1 to June 15 without requiring a licence.

“To have her support my charity means a lot to me,” he said. “InFocus gives photographers out there like Viktoria the opportunity to put their money and skills behind conservation efforts. That’s pretty cool.”

With sustainability in mind, Hodgetts said InFocus works only with facilities that are third-party audited for their commitment to environmental practices and corporate social responsibility. 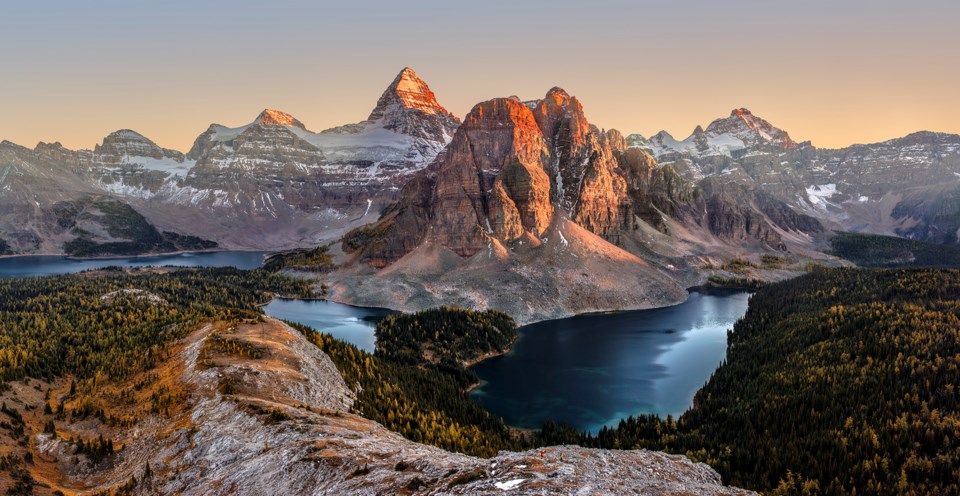 “Sustainable manufacturing is really important in the foundation of our business,” she said. “We work with a company in China, but we’re looking to move that to Canada. We are very much aligned with our desire to give back with sustainability in mind when we’re doing different collections and producing.”

Because the company uses process sublimation with the image imbedded into the scarf rather than printed on top, InFocus is seeking a Canadian manufacturer that can offer the same process.

The company is also pursuing new products down the road and is currently updating its National Collection with new photographers.

“A big part of what we want to do is showcase photographers that are doing this really neat work and tell their story to an audience that they might not otherwise reach,” said Hodgetts.

A description of the images and photographers are highlighted on InFocus’s website at www.infocuscanada.ca.