After seemingly endless months of being in various stages of “lockdown” the world is slowly getting back some semblance of “normal.”

But a new “normal” is shaping up. Things are shifting to how people wash their hands to how people are standing up against social injustice.

This is a new normal – calling in companies, calling in governments and calling in institutions. Acknowledging their part and changing is all part of the process.

We recently had the pleasure of speaking with Reneltta Arluk, director of Indigenous Arts at the Banff Centre about these shifts and how they are taking action.

"During COVID, there has been such a rise of voices that haven't been heard or have been previously institutionally silenced – societally silenced. We have heard from Black Lives Matter, Indigenous Lives Matter, Missing and Murdered Indigenous Women and Girls,” Arluk said. “Those injustices have really come forward with the protesting and we were witnessing it because we were in our homes – deeply connected to the news, watching updates for COVID. Throughout those COVID conversations, we're seeing constant injustices being done within our countries. Like the over 1,505 recovered Indigenous children’s unmarked graves. It's painful and as triggering as it is, it's really important that we witness it so that we can be part of changing that.”

The number of recovered graves is growing daily. From the time we spoke with Arluk, there have already been hundreds more and the numbers are going to grow. As individuals absorb the news, many are taking action to learn more about Indigenous history and are working to decolonize themselves. However, it is a more difficult process for institutions.

"Institutions don't decolonize as easily as people do, because institutions are built from colonial foundations. The Banff Centre was founded as a theatre, in Banff National Park with, with a connection to the University of Alberta. Wasn't founded as a collective that was formed by Treaty 7 with the Stoney Nakoda, Blackfoot or Tsuut’tina,” said Arluk. “It's a lot more challenging to decolonize an institution. I'm not saying that that centre doesn't want to be decolonized. Now because of the Truth and Reconciliation summit that they hosted, in 2016 there is an Indigenous arts discipline all year round. They realized that Indigenous arts needed a full-time presence and it does. It did then and it does now. I think that there are steps being taken to ensure that these conversations are happening not only externally through the conversation, sessions or its programming, but internally as well.”

A way the Banff Centre entering into conversation is by hosting a monthly series of talks entitled, Decolonizing the Narrative. These free online sessions, held over two days, feature leading Indigenous Art creators to discuss their work, practices and processes. The next one is with Ursula Johnson, an award-winning artist who changes “mediums based on who I am talking to and what conversation I am trying to have.” 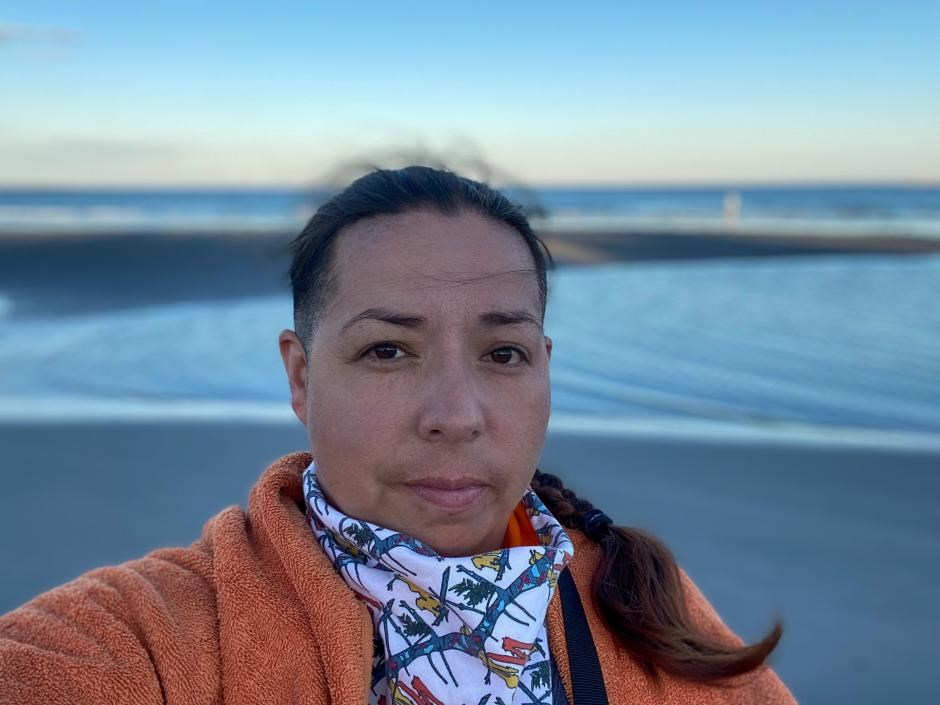 The session will be held on July 24 and 25. Programs like these help shift the narrative, but at the same time, the shift has to come in the way of structure and funding.

"It has been really powerful to see the funding of structures, like Canada Council’s release their strategic plan. It’s deeply infused with community and Indigenous ways of knowing and being. Once those funding models change, everything has to change accordingly because we need funding to be able to do the work that we do.

“Banff Centre’s strategic plan is to engage with partnerships and digital media and there is a recognition that it also needs to diversify and revalue its approach of how they hire and how they are institutionally. That is coming from societal eyes being seen on institutions and asking ‘What are you doing to change these?’ I think that that's very powerful. It’s hard to work within an institution and as a person of colour, as an Indigenous woman, it's just, it's just challenging because you are a minority and the processes are not your own. But what's really encouraging, empowering is that if we all start having these conversations, they are becoming a lot easier to have."

Alruk is hopeful for the future and the ongoing process of reconciliation.