The title for this month's artsPlace Cultural Learning Circle is Exploring Identity and Understanding Gender Diversity, but as we recently learned from the event facilitator, Naty Tremblay (they/them), gender is just the tip of the iceberg.

Tremblay "believes deeply in the radical & transformative power of the arts leveraged for community rooted education, organizing, healing & political activism." They are a force majeure in education and delivering workshops that explore "identity, power, regenerative reciprocity, justice and decoloniality amidst the backdrop of global predatory capitalism."

Tremblay has a wealth of knowledge and understanding. We recently had the pleasure of talking with Tremblay about the upcoming event.  Here is what we learned.

What can people who attend expect from Wednesday night's learning circle?

As an educator, I try to bring a dynamic experience. In this particular session looking at gender and as I like to say, the ‘gender galaxy.' Along with all the goodness that is in the vast, expensiveness of the cosmos.

We will dip into some self-reflection. I generally bring a tool or a couple of tools that people can use as a framework to do some self reflecting on all the different aspects of human identity. Then sift through how different traits or characteristics land for each person and think through the intersections of those traits.

As an example – gender, race and ethnicity – thinking about how these things are distinct and how they relate to one another and how they inform our understanding of gender.

There will probably be a little bit of a breakout room discussion for folks to share what they discovered in that process. There will definitely be some teachings along the way. I think of it as like seed planting. The teaching is something that may or may not take root in people. It may or may not offer some insight on how they think about themselves and other people. And how we allow our spirits to truly manifest or how we do or don’t allow ourselves to be whole humans in the world. That is just kind of the nucleus! It'll be a bit of a wormhole. 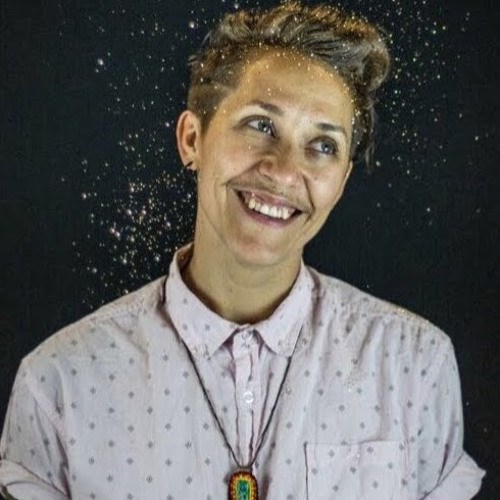 Can you expand on why people don't, just to be tolerated?

Being tolerated is the thinnest possible relationship that you can have in a culture, in a place – versus feeling a sense of acceptance, welcoming and belonging. Something that any being needs to really thrive.

I tend to believe that cultures and places that really foster that 'welcoming' are the most biodiverse and that's true in all aspects of our world. I think that humans can always learn from the natural world.

We have seen throughout the decades, when we have used policies and laws that just say ‘we'll tolerate you and whatever happens in the privacy of your bedroom is up to you, but we won't do anything to protect you’–  that doesn't actually shift a culture towards a culture that has inclusion, welcoming and belonging.

And that isn't just about gender. When we apply those beliefs to any ‘difference.' When we are in a culture or community that has some belief that there is a dominant norm or set of norms, then we end up replicating a lot of exclusion. That impacts a whole host of different people who don't fit into those norms. And again, reverting back to the teachings from biodiverse ecosystems – the ecosystems that are most biodiverse are rich in diversity and difference. The beauty of that richness is the regenerative reciprocity that happens when beings are in relationship with each other and when they're in their wholeness. It is a beautiful exchange and symbiosis that is mutually beneficial. All beings are better for it. If we're just tolerated, I would say that can’t happen. But if we are accepted and have deeper understandings, then I really believe that magic can happen! I think that gender is one place where that opening could have an immense impact on everybody in the world.

Why is mapping traits of human an important practice and why should even the most cismale?

There's a lot of knowledge and awareness needed around science and biology for people to understand and disentangle gender, sex, sexuality, gender performance and gender identity. All of these things that we think are very woven together, from the day you're born. We assess based on your ‘bits’ – who you are and then determine what set of roles you might be able to play in society. We see through all kinds of analysis – feminist analysis, that this has a huge negative impact on people, not just women – by putting people into limited categories and again, not in alignment to be whole and guided by their spirits.

Just as an example, I think that when white cis straight men were young and when they were children, they were told – ‘you get the blue blanket because of your bits.' We are disregarding your chromosomes and your hormones because we assume your biological sex determines what your gender is and determines what your sexuality and desire will be. Also what your relationships will look like and – what your skillset and magic and purposes in the world will be just by their bits!

If we could disentangle that a little bit and recognize that at all stages of human development – all of those different human traits – race, gender, sexuality, sex, biology, ability – all of these things. And our spirits, first and foremost, inform who we are and what we're interested in, what our medicine is and the gifts that we bring.

I’m willing to argue that we would be happier people who would live more fulfilling lives and we might not be as invested in capitalism as it currently exists. But also, people might not feel like they have taken this scripted path because they were told that's what they are supposed to do and it hasn't always quite felt right. I think that men, white straight cismen, might also be able to open up whole parts of themselves.

I think that the range of gender expression that humans could experience, if we didn't lock it down because we think it is so tightly woven to sexuality and to our biological sex. Wow. Just the amazing, innovative, visionary things that I think we could do because we wouldn't restrict how we move, how we dress, how we act just that alone, I think could be liberating for all people.