Behind the lens with Tim Banfield

Chances are you have already seen some of his images even if you haven't heard of him.

Banfield, a Canmore resident, is best known for his ice climbing images, but has shot a number of other mountain sports, magazine covers and images as well as campaigns for Rab, The North Face and Petzl. He recently co-wrote How to Ice Climb! with Sean Issac. 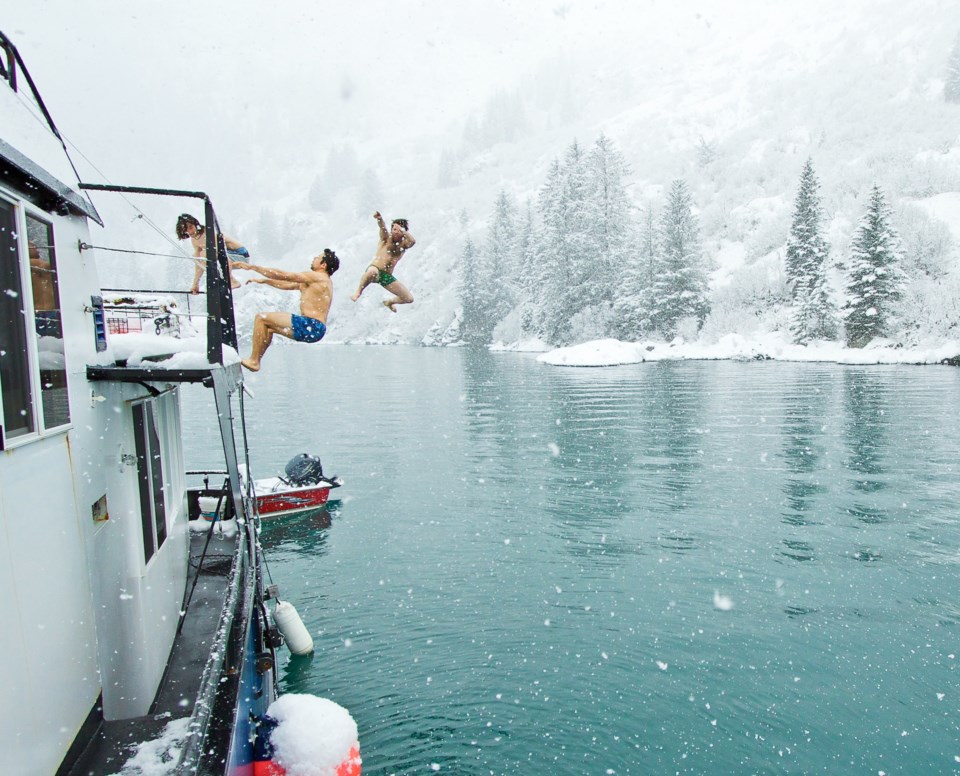 Alex, Tommy and Ryan (mid air) go for a chilly dip off the boat during our week long excursion into Tracy Arm Fjord. By Tim Banfield

We caught up with Banfield to see what makes him click – no pun – and get those great actions shots.

Here is what we learned.

Tim Banfield: I started climbing in around 2004 and a couple of years later realized that I wanted to start taking photos of what I was doing. Digital cameras had only been mainstream for a few years and it was just at the cusp of the beginning of things like Facebook.

I'd go out and take pictures and then have them sit on a hard drive, which wasn't very exciting instead of being able to share them easily as we can now.

Prior to that, while I was going through all my pilot training, I also flew around Nova Scotia with an old film camera. I can remember being inspired to take photos of sunrise and sunset while up in the air. I used to fly over landmarks and the movie sets for WWII movies being filmed just outside of Halifax Harbour. I would take photos from the air. Kind of like texting and driving, but flying and messing around with an old film camera. 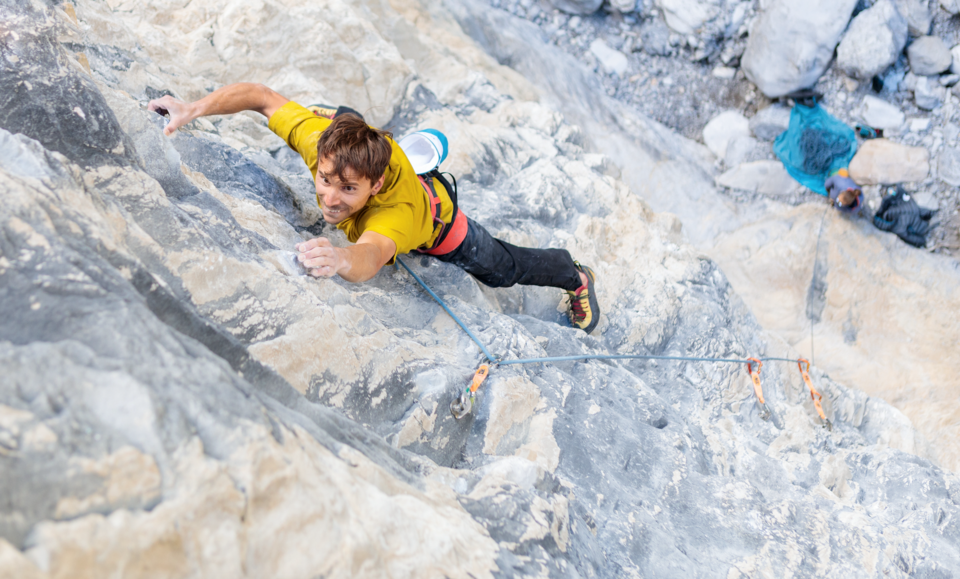 51: Many of your images capture those in-between moments, is on purpose?

TB: I'm not sure how much of this is on purpose. My favourite style of images are when I'm with the 'athlete' moving together or documenting the process vs top-down style or staged images; more of a journalistic style of photography. Not that I don't appreciate images that take tons of work to come together, it's just not what I prefer to shoot. Perhaps this comes out naturally in my imagery. I'd much rather be in the alpine moving than jugging a rope at a crag to shoot.

51: How do you keep going when things get tough?

TB: These are the images that I actually like to take. When conditions are hard, it makes for some of the most compelling shots and best memories. When I look back at some of my favourite shots, not what I'd call my "best shots" but my favourite – it's these times. They are the most meaningful. I’ll always try and get those  'in-the-moment’ shots when I can. 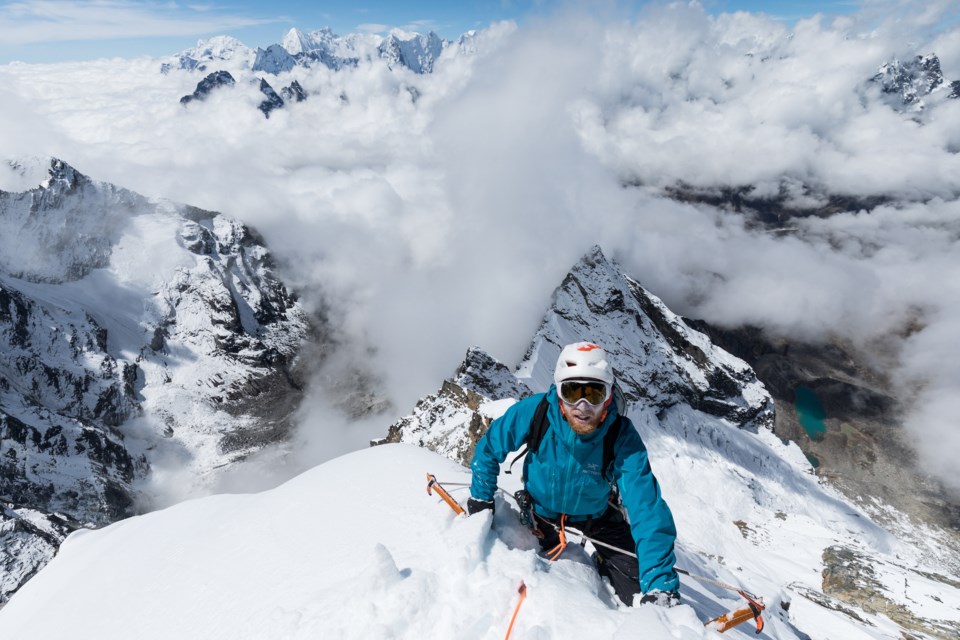 Quentin Roberts on the upper section of the SW Ridge of Cholatse in Nepal around 6100m. By Tim Banfield

51: Do you have a favourite sport to shoot or does it change?

TB: Shooting in the alpine is often my favourite. Lately, in 2021, I've really enjoyed shooting skiing and I'm starting to get into mountain biking as well. Most people know me for my ice climbing shots. Taking imagery of ice is a passion project of mine, documenting the ice routes that we have locally in the Rockies.

51: Where is the farthest place you have been to shoot?

TB: In 2019, I ended up in Nepal with Quentin Roberts and Juho Knuuttila. I have some shots of Quentin and me on the Southwest Ridge of Cholatse near 6,100-metres before we turned around and headed down. 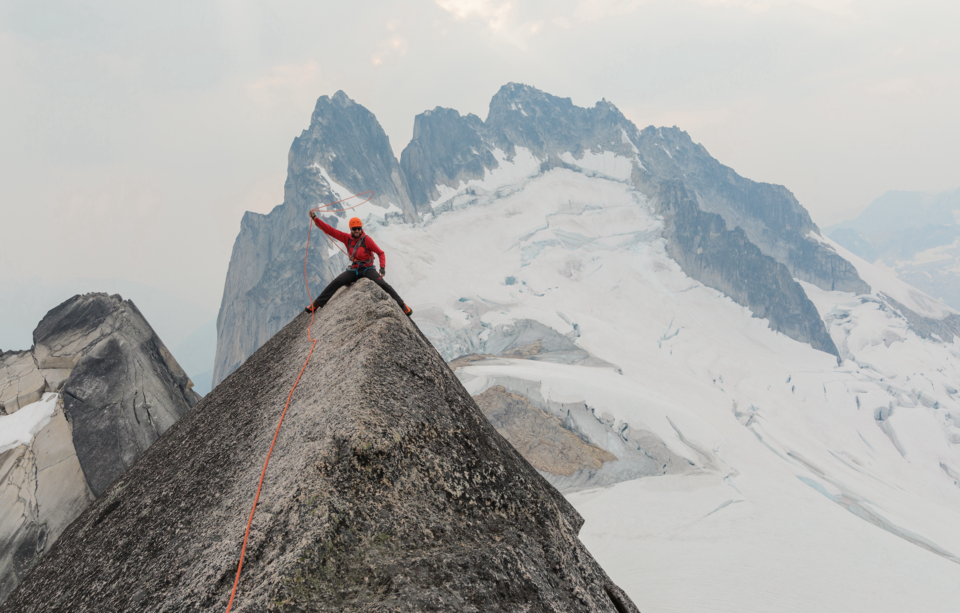 West Ridge of Pigeon Spire in the Bugaboos. By Tim Banfield

51: Where is your favourite place to shoot?

TB: Probably the Bugaboos. It's really scenic and hard to take bad shots there. I really enjoy shooting in Nepal, I'm typically not inspired to shoot lifestyle-type shots but when I was there,I really enjoyed shooting those more than climbing shots.